In 2006, after ten years at the helm of my first start-up and having successfully transitioned the company from a focus on the small business market to the mid-market and having prepared the company to scale rapidly, I brought in an outside CEO followed by a venture partner and I stepped aside from the day to day management of the company for a much needed break.

One of my first goals was to find a place to get away, relax and refocus. Having grown up near the east coast my first thought was a place at the beach but being anchored in Kansas City the coast was both too far away and far beyond my budget. I had never been a lake person but in the summer of 2006 I had rented a condo on the water at the Lake of the Ozarks and became enchanted with all that lake life had to offer. There were even more water oriented activities available than there were at the beach plus the Ozark Mountains were all around. The Lake of the Ozarks has 87 square miles of surface area and over 1200 miles of shoreline, more than the state of Florida.

My initial intention was to buy a condo, small home or townhome however with that expansive amount of shoreline I was confounded when it came to picking a location. In addition to finding a place to live I also had to think about a boat and I knew that because of the amount of traffic on the lake during the summer that I would need a decent sized boat. Then, one afternoon while standing in line at the polls to vote in the November 2006 elections, I ran into a neighbor who I discovered spent a lot of time at the lake. When I asked him where he stayed he told me that he stayed on his boat. Problem solved. I bought a Carver 570 Pilothouse, christened the “Irie Mon”, and for most of the next two years I lived on the water. I can’t, in all honesty, say that it was a particularly useful investment of time nor money but it was one of those living the dream types of experiences that I would have regretted had I not done it. 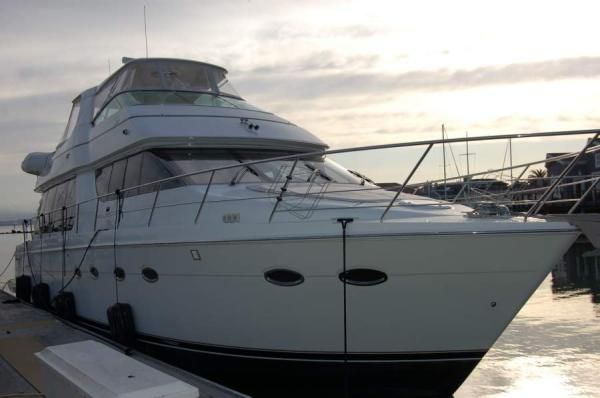 I harbored my boat in the marina at what is today known as Camden on the Lake. Taking up residence at the lake, about 3 hours from Kansas City, allowed me to remain close to both family and business. In 2007 I lived full-time on the boat but in 2008 I returned to active management at my company and so split my time with weekends on the boat and weekdays back in Kansas City.

The Irie Mon had three staterooms, two heads, a laundry, a full galley indoors and a mini-galley with grill topside on the bridge so it was big enough to live aboard without being cramped and had room for family and guests yet it was small enough that I could manage and pilot it without a crew.

Living in a limited amount of space aboard a vessel that moves brings about a new dimension to one’s sense of freedom and control. And living full-time in the marina is a cultural immersion experience in itself. In Graham Greene’s classic children’s book “Wind in the Willows” set in pastoral England the somewhat sophisticated and slightly mischievous Ratty says to Mole, “There is nothing – absolutely nothing – half so much worth doing as simply messing about in boats. In or out of ’em, it doesn’t matter. Nothing seems really to matter, that’s the charm of it. Whether you get away, or whether you don’t; whether you arrive at your destination or whether you reach somewhere else, or whether you never get anywhere at all, you’re always busy, and you never do anything in particular; and when you’ve done it there’s always something else to do, and you can do it if you like, but you’d much better not.”