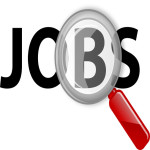 In 2010 when I was serving as co-chair of the Information Task Force for Sen. Pat Roberts’ Science, Technology and the Future advisory committee I saw this “Firm Formation: The Importance of Startups” report published by Kansas City’s Kauffman Foundation, a think tank dedicated to fostering economic independence by advancing entrepreneurship and education, that shows “without startups, there would be no net job growth in the U.S. economy.” So why aren’t public economic development activities putting more effort and investment into the start-up market?

In the October 2011 Jobs Council Interim Report initiated by the Obama administration the Kaufmann Foundation study was referenced, stating, “over the last three decades, young firms less than five years old have created 40 million new jobs, according to a series of recent studies of U.S. labor data. Those 40 million jobs actually account for all net new jobs created in the United States over that period.” In the interim report the Jobs Council recommended five initiatives; the second of which was ” (a) comprehensive drive to ignite entrepreneurship and accelerate the number and scale of young, small businesses and high-growth firms that produce an outsized share of America’s new jobs.” The Jobs Council created the portal BusinessUSA and led the effort to pass the Jobs Act in March 2012 which increased the Regulation A “mini offering” limit from $5 million to $50 million, made provisions to allows start-ups and small businesses to raise up to $1 million annually from multiple small-dollar investors (crowd funding), and created an enhanced IPO process for “emerging growth companies”.

A useful reference for the current state of affairs and current initiatives on state and locally led venture investing is the February 2013 Treasury Department’s “Information and Observations on State Venture Capital Programs” report. This report notes the “extreme geographic concentration of VC investment activity. Since 2008, companies headquartered in two states – California and Massachusetts – received more than 60% of VC investments in the U.S., while these states represent 14% of the U.S. population. As for capital supply, VC firms in these two states manage 63% of the nation’s VC under management.” Another venture capital allocation study published in February 2013 by NetworkWorld cites California. Colorado, Pennsylvania, Austin Texas, Seattle Washington, DC and New York as top ranked locations for business start-ups.

The 2010 Jobs Act also spurred the creation of the State Small Business Credit Initiative (SSBCI) and provided almost $1.5 billion to support new and existing state programs that support access to credit for small businesses and small manufacturers. The SSBCI is expected to help spur up to $15 billion in lending to and investments in small businesses over the period 2011 to 2017. States currently participating in the program have estimated that $4 billion in new venture capital investment dollars will be stimulated by SSBCI VC programs over the five years 2012 through 2016, equal to 8 percent of the estimated $50 billion in venture capital investment in the participating states over the same period.

There is no doubt that the emergence and rise of crowd funding opportunities facilitated by the Jobs Act is generating new business initiatives but are these ventures being properly nurtured? Even with programs such as the SSBCI, state led venture capital initiatives are not gaining traction. The SSBCI report noted above goes on to say, “even with the SSBCI VC option, there are fewer state VC programs than well-established lending support programs.” State and local government efforts are still heavily oriented toward recruiting established firms to relocate existing jobs from one location to another rather than financing business growth. This is understandable since the relocation of an established company can instantaneously generate hundreds, even thousands of “new” jobs for any given locale even while in some cases actually reducing net overall employment.

And when it comes to investing public tax dollars politicians are extremely risk averse. The often hysteria driven public scrutiny of tax dollar based investments in anything in the private sector severely dampens the propensity of government allocation of anything more than just token expenditures. The SSBIC report notes that of the VC activity being undertaken by the participating states, more than 65% is going to pre-seed, seed and early stage allocations compared to only 32% of private sector venture capital investment. In other words, the programs are running parallel to existing funding methodologies such as crowd funding and existing localized angel financing. They are not oriented toward filling the void for much needed growth capital and addressing the existing inefficiencies of venture capital distribution. As stated in the SSBIC report, “For the U.S. economy as a whole, extreme geographic concentration of VC depicts capital inefficiencies that may inhibit the nation from realizing its full potential for innovation development and job creation.”

It is highly unlikely that state or federal incentives are going to drive the redistribution of venture capital. There is turmoil in the venture capital market; the number of firms has fallen from high of more than 1000 in 2000 to below 500 in 2010. And again according to the SSBIC report “for five consecutive years since 2008 the rate of investments made by VC firms has exceeded the amount of new capital raised by the firms.” VC investors are going to have to become convinced that the geographical regions where they have historically invested have become saturated and that prime new opportunities are going to come from branching out to new locales. State leaders are going to have move beyond historical patterns of sovereign state competitiveness oriented more toward job poaching than job creation and begin focusing on policy and investment actions that lead to real and sustained business creation in order to achieve overall net job growth.