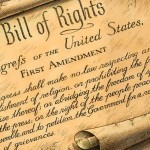 For those who follow a generally libertarian point of view and therein traditionally lean towards a states-rights oriented political philosophy, the 2013 session of Supreme Court rulings would appear to be a victory. In its ruling on Arizona’s voting rights law and California’s Section 8 law on gay marriage the Court catalyzed the sovereignty of the states to regulate their own affairs in these two important areas. However, these decisions and the diverse and divided treatment by various states legislatures of these and other important issues including abortion, marijuana and Medicaid coverage leads one to question how decentralized governance sometimes works and sometimes doesn’t. The spate of recent public governance decisions spanning social, cultural, political and economic matters of significant importance, has clearly left some US citizens better off and some worse off.

Political analyst Lara Brown has written several good pieces for US News & World Report discussing the fundamentals of federalism and advocating for strong state governance initiatives. In a recent article titled “Think Nationally, Act Federally” she quotes libertarian Thomas Jefferson as saying “the way to have good and safe government, is not to trust it all to one, but divide it among the many, distributing to every one exactly the functions he is competent to.” And according to a September 2012 Gallup poll, “Americans typically have expressed greater trust in state and local governments than in the federal government.” The Gallup poll found that overall, US citizens had a satisfaction index of 65% for state government and 74% in their local government. This is in contrast with an average approval rating of 33% for the US congress. The Gallup analysts suggest that this “may be because the federal government is more remote to citizens than their state and local governments. It may also reflect the obviously partisan nature of the federal government, whereas state governments nationwide are divided between Republican and Democratic control, and many local governments are nonpartisan in nature.” Clearly the basic viewpoint of most Americans has historically favored state and local governance however given the expanding reach of government regulation and the increasingly uneven diversification of liberty produced by variations in state law citizens have reason to be concerned.

Libertarian oriented advocacy for decentralized governance might be working well for some, but clearly not for all. US citizens currently have markedly uneven liberties in important areas including marriage, marijuana, Medicaid, abortion and voter registration, just name a few. In Colorado for example, one now has access to legalized recreational marijuana but not to gay marriage. Coloradans have expanded Medicaid coverage and voter registration reforms in the golden state have been noted as some of the most progressive in the nation. Colorado abortion laws are generally considered to be pro-choice. However drive south from Lamar, Colorado about 100 miles, crossing a 50 mile stretch of Oklahoma and you arrive in Dalhart, Texas. Here you won’t be able to toke the weed, marry your same-sex lover, or take advantage of expanded Medicaid coverage and if you want to vote you’d better have a photo ID. And two weeks ago Texas passed what is deemed to be the most restrictive abortion law in the country.

For a really fascinating look at just how uneven this landscape is take a look at this interactive map created by the Mercatus Center at George Mason University. The map covers 40 different indices concerning fiscal, regulatory and personal freedom policies on a state by state basis. (See “Freedom in the 50 States: An Index of Personal and Economic Freedom..

So while libertarian minded sensibilities naturally favor less government, does favoritism toward decentralized states-rights oriented government really improve our framework of civil liberty? The Mercatus scholars William P. Ruger and Jason Sorens who published the state freedom indices map claimed that people vote with their feet, tending to migrate out of less free states. According to Jonathan Williams of the American Legislative Exchange Council, another analyst who was also associated with the Mercatus study, between 2001 and 2011, roughly one person a minute emigrated from the most “unfree” states. The analysts also claim that for every indexed point of additional freedom, the real average personal income of a state can be expected to grow an additional 0.76%.

Clearly many leading scholars advocate in favor of the merits of states rights. Yet it seems equally clear that one should be disturbed when the framework of liberty under which one lives varies so greatly from one state to another. In our increasingly mobile society most people think of themselves as Americans first and as Coloradans or Texans well, not so much. And, while as the Mercatus analysts pointed out, we can and do vote with our feet, when one has established family, career and community roots, pulling up stakes and moving to another state is an onerous price to pay for securing liberty. And even if you accept migration as a mechanism for securing one’s preferred civil status there is obviously no one size fits all locale where all the matters of liberty fall fully into place. In the Mercatus analysis, North Dakota ranks as overall number one in the range of fiscal, regulatory and personal freedom liberties surveyed but you still can’t marry your same-sex lover or enjoy the recreational use of marijuana.

It seems that a closer look at voter engagement is warranted and another closer look at Jefferson’s writings is in order. Jefferson’s February 1816 letter to Joseph C. Cabell from which Lara Brown took her quote holds a key. In the letter Jefferson went on to say, “Call a county meeting, and the drunken loungers at and about the courthouses would have collected, the distances being too great for the good people and the industrious generally to attend. The character of those who really met would have been the measure of the weight they would have had in the scale of public opinion.” Although this discussion is focused on the seemingly dysfunctional landscape of inequalities across various state governments, Jefferson in his typical vastly far-sighted thinking, seems to zero in on the problem even down to the level of county government. Jefferson then goes on to say, “the elementary republics of the wards, the county republics, the State republics, and the republic of the Union, would form a gradation of authorities, standing each on the basis of law, holding every one its delegated share of powers, and constituting truly a system of fundamental balances and checks for the government. Where every man is a sharer in the direction of his ward-republic, or of some of the higher ones, and feels that he is a participator in the government of affairs, not merely at an election one day in the year, but every day; when there shall not be a man in the State who will not be a member of some one of its councils, great or small, he will let the heart be torn out of his body sooner than his power be wrested from him by a Caesar or a Bonaparte.”

History has taught us that Jefferson’s principles of good governance are too well validated to ignore. And if we look at voter turnout statistics we see that adherence to his principles of public engagement has somehow broken down. While overall voter turnout for the 2012 presidential election was trending higher at 57.5% according to US Census Bureau statistics, FairVote.org reports that voter participation in state congressional elections was fifteen points lower at an overall rate of 32.5% with voter participation rates across all states ranging from a low of 30% to a high of 55%, all below the participation rate for the 2012 presidential election. So while we advocate for less government and more importantly for more decentralized government and we seem to be getting at least some of what we want; we also seem to be abdicating our civic responsibility for the effective political engagement necessary to truly guide our circumstances and are now paying the price in increasingly erratic and unpredictable impact on many of our basic civil liberties.