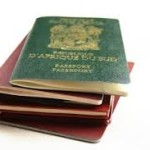 A few years ago I was a panelist on a discussion featuring John Gartner, author of The Hypomanic Edge – The Link Between Craziness and Success in America.  In his book Gartner makes the case for why America, a nation of immigrants, has such a high quotient of entrepreneurial success. I had become friends with a number of H1B immigrants in my first start-up and I had marveled at the courage they had exhibited in leaving the comfort and security of family and culture to come to the USA to study and work.  So Gartner’s findings not only made sense but they served to explain much of what was so impressive about this special group of people.

In the book, Gartner, a professor of psychiatry at Johns Hopkins University Medical School, further elucidates on the character traits common to those who have the guts and the drive to immigrate to a foreign country and those who have the balls to start a business.  He identified 16 hypomanic traits that were common to 100% of the technology CEOs surveyed in his initial investigation.

Gartner concludes in the introduction to his book:

“Thus, it follows that nations that absorb more immigrants should have more entrepreneurial activity, and that is indeed the case. In the past decade, America, Canada, and Israel were the top three countries in new company creation, according to a 1999 cross-national survey of ten industrial nations conducted by the Global Entrepreneurship Monitor, a joint project of the London Business School and Babson College.  “What’s unique about the top countries is that all three have been created by people moving into them,” Paul Reynolds, one author of the report, told Business Week.  Moreover, the magnitude of these differences is large. The average American is four times more likely to be the founder of a company than a Frenchman, for example.

Alexis de Tocqueville, a Frenchman who traveled throughout America in the 1830s, was among the first to define the American character. He found us to be “restless in the midst of abundance,” and the proof was that we were always moving. Tocqueville was astonished to meet people moving from east to west and west to east. That so many people would surrender the comfort and safety of their home in pursuit of an “ideal” struck him as odd.

As Tocqueville predicted, there is a solid statistical relationship between entrepreneurial activity and the wealth of a nation. Gross domestic product growth and employment rates both correlate with new business creation. Because they are “constantly driven to participate in commerce and industry,” Americans, who make up only 5 percent of the world’s population, account for 31 percent of its economic activity.

Because of its origins, America has an abundance of people with hypomanic temperaments. And it has made good use of them by giving them freer rein, more opportunity, and greater respect than they have received elsewhere.”

Now, after having lived abroad for a few years I can more clearly appreciate some of the opportunities offered to American citizens and can better understand the allure of America to those in less developed countries who wish to get ahead. I am currently exploring opportunities in the EB5 investor immigrant program as vehicle for synthesizing the demand for start-up capital, the attraction of US citizenship opportunities and the enhanced value of foreign direct investment to the US economy.